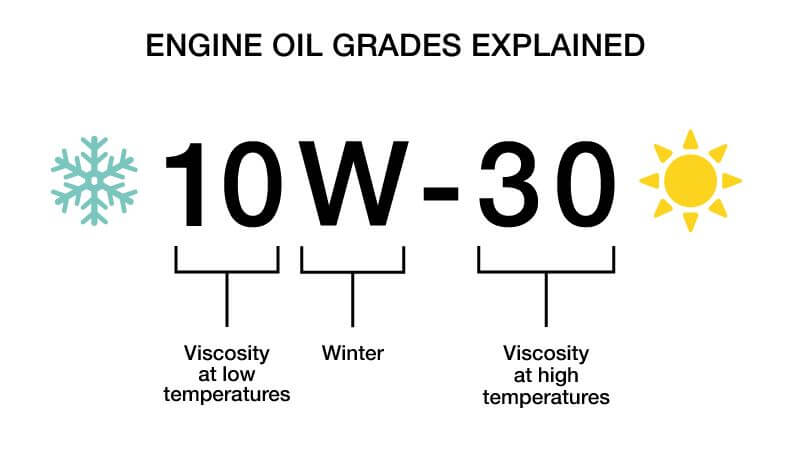 What does the W stand for?

The W stands for WINTER, this is commonly mistaken by many who consider this to stand for Weight. The number before the W represents the viscosity (thickness)and rates the oil’s flow at -17.8 degrees Celsius. So, a 5W-30 would thicken less than a 10W-30 but more than 0W-30. The second number after the W represents the oils viscosity measured at 100 degrees Celsius. This demonstrates the oils resistance to thinning at high temperatures.
‍

Example – a good way to remember how oil reacts to temperature is by imagining you’re adding cooking oil in to a frying pan – at first, when the oil hasn’t had a chance to heat up it starts out quite thick but once the pan gets hotter, the oil becomes thinner and more runny.

Monograde oils such as SAE 30, 40 and 50 are no longer used in the latest automotive engines but may still be required for us in vintage or classic engines. Straight SAE 30 oil is often used for smaller cooled engines in lawnmowers, garden tractors and portable generators. See below a chart demonstrating some example oil grades and outside temperature ranges.