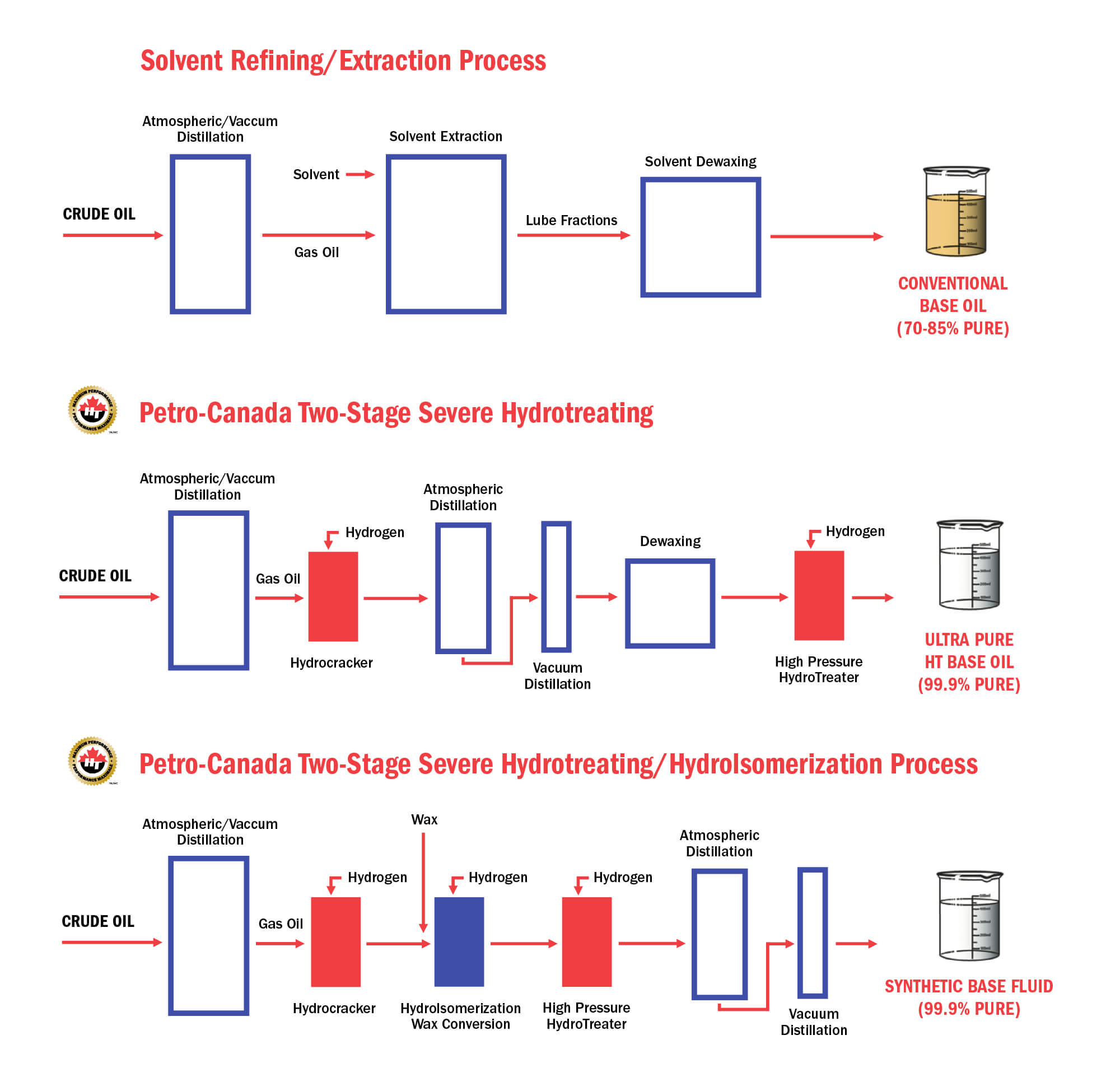 Petro-Canada Lubricants uses the HT Purity Process to create 99.9% crystal-clear base oils, which are some of the purest base oils in the world. The severe level of hydroprocessing removes the impurities found in many conventional products which can hinder performance.

A solvent such as furfural is mixed with the fractions and extracts about 70-85% of the aromatic material present. The solvent extracted lube fraction is then dewaxed by chilling to a low temperature, which removes much of the wax. This improves the low temperature fluidity of the product. Finally, the dewaxed lube fractions can be finished to improve their colour and stability, depending on the application requirements. One common method of finishing is mild hydrofinishing.

The severe hydrotreating process works to eliminate aromatics and polar compounds by reacting the feedstock with hydrogen in the presence of a catalyst at high temperatures and pressures. Several different reactions occur in this hydrocracking process, the principle ones being:

These reactions take place at temperatures as high as 400°C and pressures around 3000 psi in the presence of a catalyst. The hydrocarbon molecules that are formed are very stable which is ideal for base oils used for lubricant blending.

There are two stages in the severe hydrotreating process:

This process yields base oils with higher viscosity index (above 130) and improved yields, compared to previous conventional dewaxing techniques. More often, it is set up to produce high viscosity index base fluids ranging from 115 to 127. A further process feature is the flexibility it offers to produce base oils with pour points lower than -25°C.

Hydroisomerization is employed in conjunction with severe hydrotreating to produce superior base oils that have:

These features give performance characteristics very similar to lubricants formulated with polyalphaolefin (PAO) which is the most common type of synthetic.